The Law Center leverages its legal expertise and the pro bono power of the private bar
in its fight to establish a right to housing in the United States.

About the Law Center 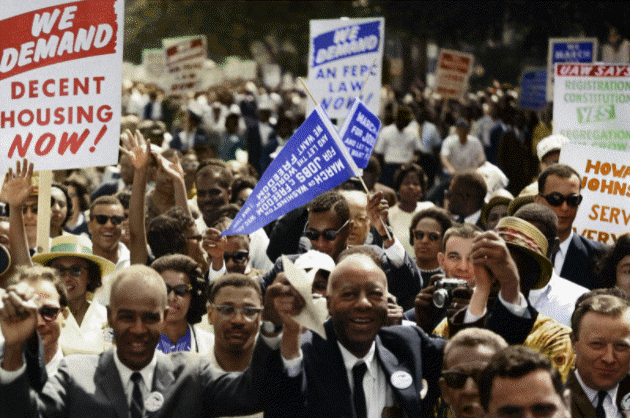 The National Homelessness Law Center is a 501(c)3 nonprofit organization based in Washington, D.C., and seeks to serve as the legal arm of the national movement to end and prevent homelessness. We believe that the human rights to adequate housing, healthcare, food, and education lie at the heart of human dignity and we envision a world where no one has to go without the basics of human survival. While seeking universal enjoyment of human rights, we also understand that homelessness disparately impacts Black, Indigenous, and other people of color, women, and members of the LGBTQ+ community, and people with disabilities, and those living at the intersections of multiple forms of marginalization and our policy responses must consciously and affirmatively address those inequities.

Since 1989, we have leveraged the power of the public and private bar to amplify the voices and concerns of those directly impacted by homelessness & poverty. Through policy advocacy, public education, and impact litigation, the Law Center’s national programs address the root causes of homelessness and meet the immediate and long-term needs of those who are homeless or at risk of becoming homeless. Through training, technical support, and network building, the Law Center also enhances the capacity of local and national groups to become more effective partners in advocating for the needs and rights of people experiencing homelessness.

Today, our team includes attorneys with lived expertise of homelessness, poverty, racism and other forms of discrimination, as well as substantive expertise in housing, civil rights, human rights, public benefits, and youth issues, and other staff with expertise in communications, non-profit development, and operations. Though the Law Center’s staff is small, we leverage four to six times our budget each year in volunteer pro bono legal services, multiplying our impact on behalf of people experiencing homelessness.

The National Homelessness Law Center was founded in 1989 as the National Law Center on Homelessness & Poverty by Maria Foscarinis, a lawyer who initially volunteered to represent homeless families on a pro bono basis. She was a principal architect of the 1987 McKinney-Vento Homeless Assistance Act, the first major federal legislation to address homelessness and founded the Law Center to help ensure the legislation would be properly implemented.

2020: As COVID pandemic hits, Law Center obtains CDC Guidance emphasizing homeless encampments should be left in place and provided sanitation unless individual housing options can be provided and commitment from FEMA to reimburse communities for non-congregate sheltering, saving tens of thousands of lives of people experiencing homelessness.

2019: Martin v. City of Boise – The Ninth Circuit en banc affirms its landmark ruling holding that it is cruel and unusual punishment under the Eighth Amendment to punish homeless persons for sleeping in public when they have no private alternatives.

2018: Law Center and True Colors United release a first-of-its-kind resource that evaluates laws and policies in all 50 states and the District of Columbia on their impact on youth homelessness.

2018: Law Center launches #IAskForHelpBecause Campaign as part of the Housing Not Handcuffs Campaign, a nationwide effort to strike down bans on panhandling, changing laws or enforcement in more than 70 communities.

2018: Martin v. City of Boise – The Ninth Circuit makes a landmark ruling holding that it is cruel and unusual punishment under the Eighth Amendment to punish homeless persons for sleeping in public when they have no private alternative; with the Law Center’s advocacy, dozens of cities stop enforcing their ordinances and begin considering more constructive, housing based solutions.

2017: After nearly a decade of advocacy by the Law Center, homeless New York students are now able to stay in school while disputes about their eligibility, school selection, or enrollment are pending.

2016: The Law Center launches the Housing Not Handcuffs campaign together with the National Coalition for the Homeless and more than 100 organizations, with a goal of moving law and policy away from criminalization and towards housing.

2016: As a result of the Law Center’s federal advocacy, the Federal Assets Sale and Transfer Act of 2016 (FAST Act) includes improvements to the federal surplus property program, created by Title V of the McKinney-Vento Act, including allowing its use for permanent housing.

2015: Norton v. City of Springfield – Law Center successfully challenges the city’s ban on begging in public as a violation of free speech rights. Since this case, every subsequent federal challenge to a panhandling ordinance has been successful.

2015: United States Department of Justice (DOJ) supports Law Center’s position in Bell v. City of Boise with a strong amicus brief, spurring national media coverage and prompting several cities across the country to stop criminalizing sleeping in public in the absence of alternatives.

2015: Law Center wins agreement of HUD to include a funding incentive for communities to stop criminalizing homelessness in its $2 billion continuum of care funding stream.

2009: Law Center helps reauthorize the McKinney-Vento Act in the HEARTH Act, including language requiring that United States Interagency Council on Homelessness (USICH) for the first time address criminalization of homelessness.

2007: Law Center hosts 5-city video-conferenced National Forum on the Human Right to Housing, with more than 250 advocates across the country.

2003: Law Center partners with the Center for Housing Rights and Evictions and hosts first National Forum on the Human Right to Housing.

2001: Law Center wins expanded the educational rights for homeless students in need of special education in the Individuals with Disabilities Education Act (IDEA).

1994: Law Center wins federal law requiring that the needs of homeless people be addressed in realignment of military bases.

1989: Law Center founded to use power of the law to end and prevent homelessness in America. Publishes report assessing implementation of 1987 law, now known as McKinney-Vento Homeless Assistance Act.

The work is needed now more than ever!

Our vision is for an end to homelessness in America. A home for every family and individual will be a right and not a privilege; a reality, not just a goal.

The Law Center is the only national advocacy organization dedicated solely to using the power of the law to end and prevent homelessness in America.  With the support of a large network of pro bono lawyers, we use our legal expertise to help pass, implement and enforce laws addressing the immediate and long-term needs of those who are homeless or at risk.  In partnership with state and local advocates, we work towards strengthening the social safety net through advocacy and advocacy training, public education, and impact litigation.

The Law Center is founded on the belief that in a society that has enough for all, no one should have to go without the basic necessities of life. Everyone should have equal access to justice and opportunity. Specifically: 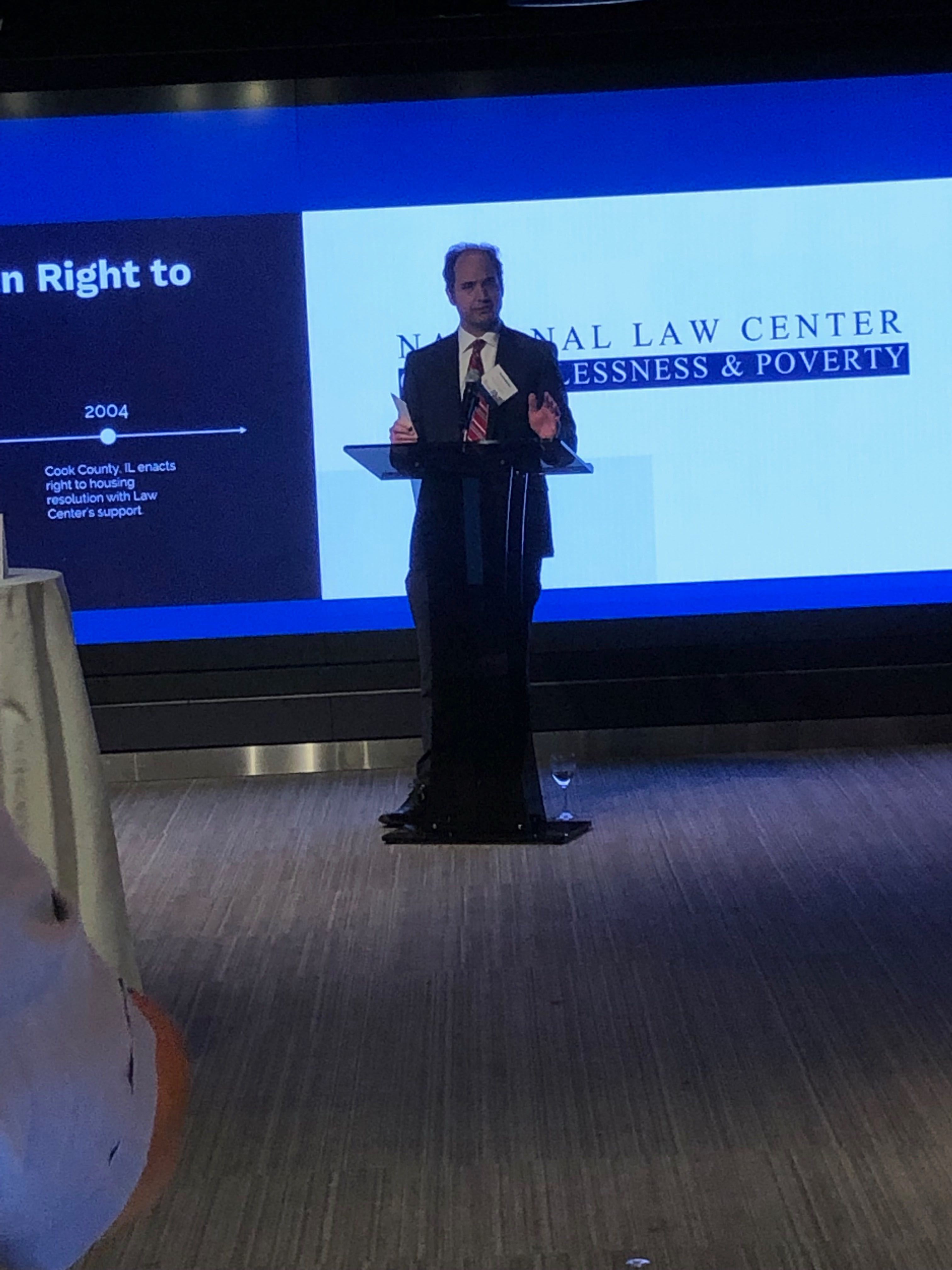 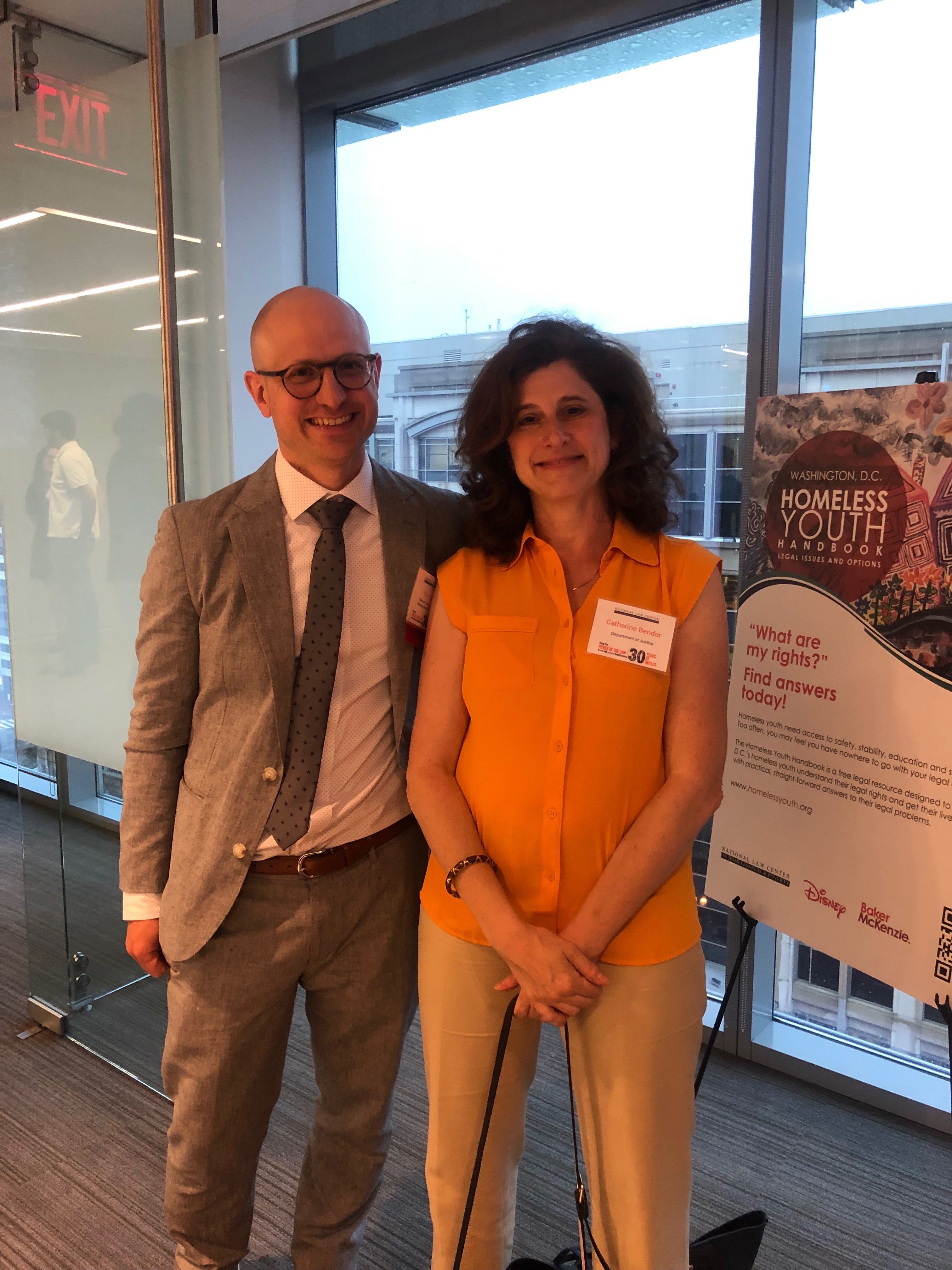 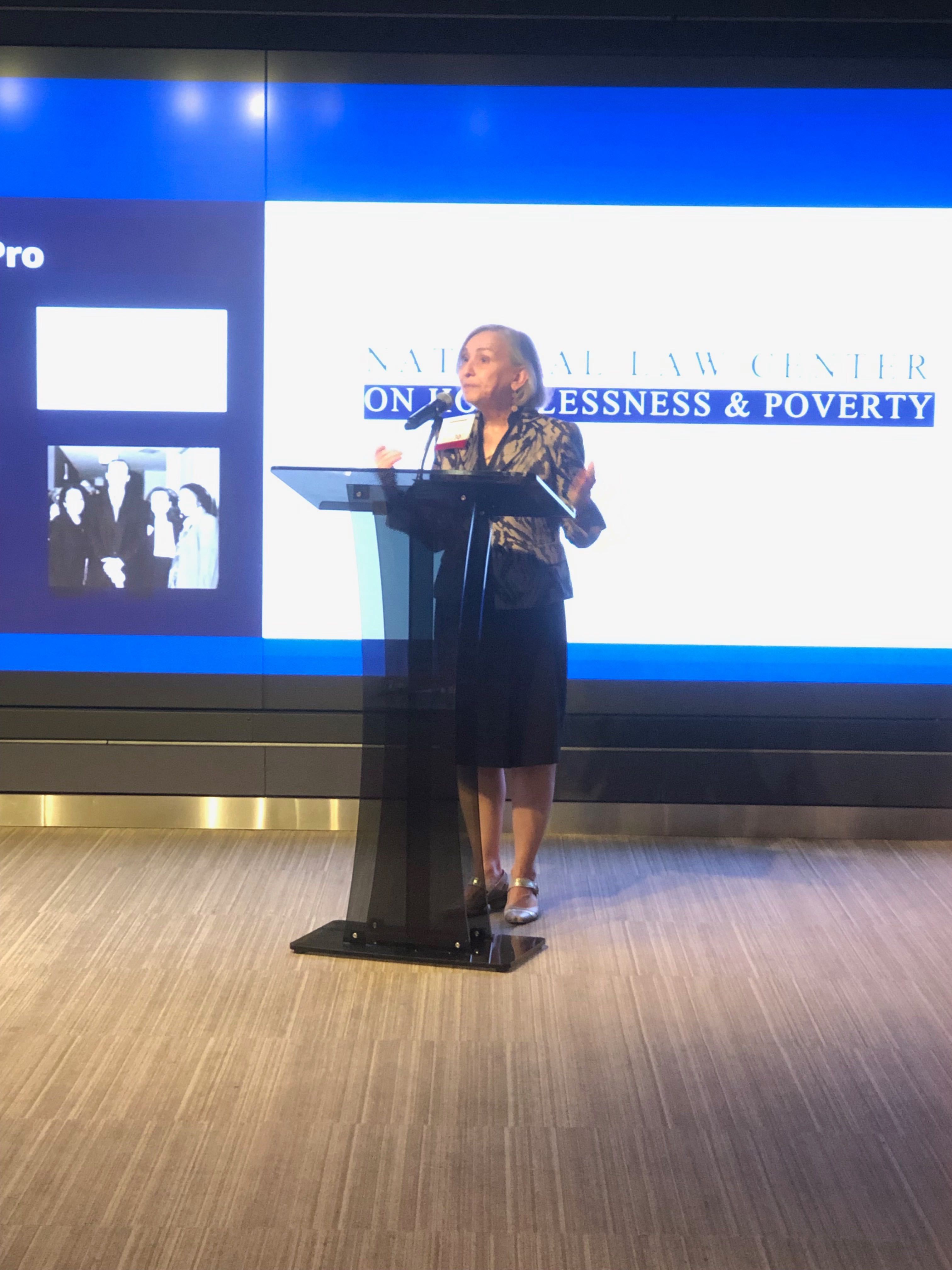 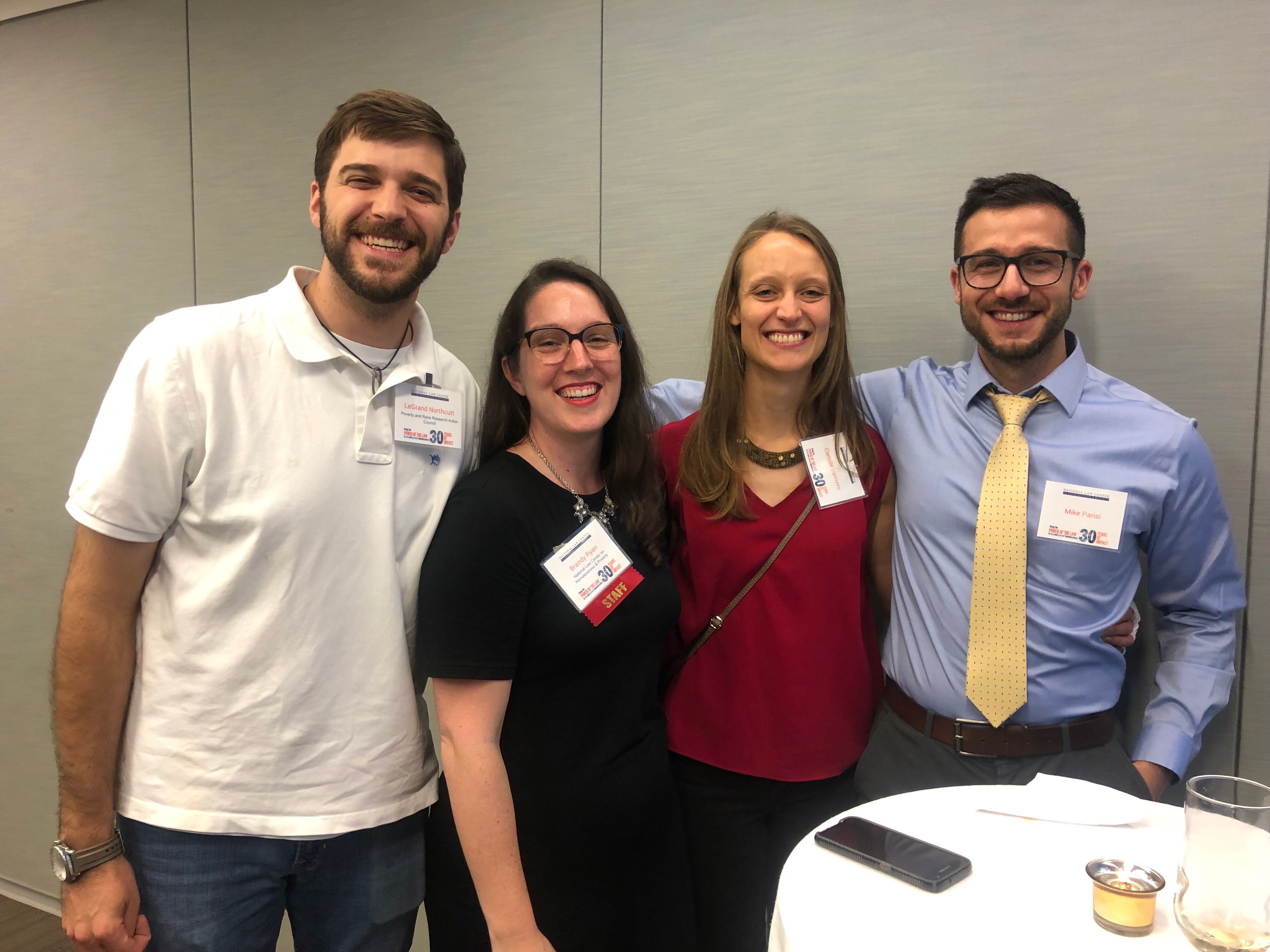 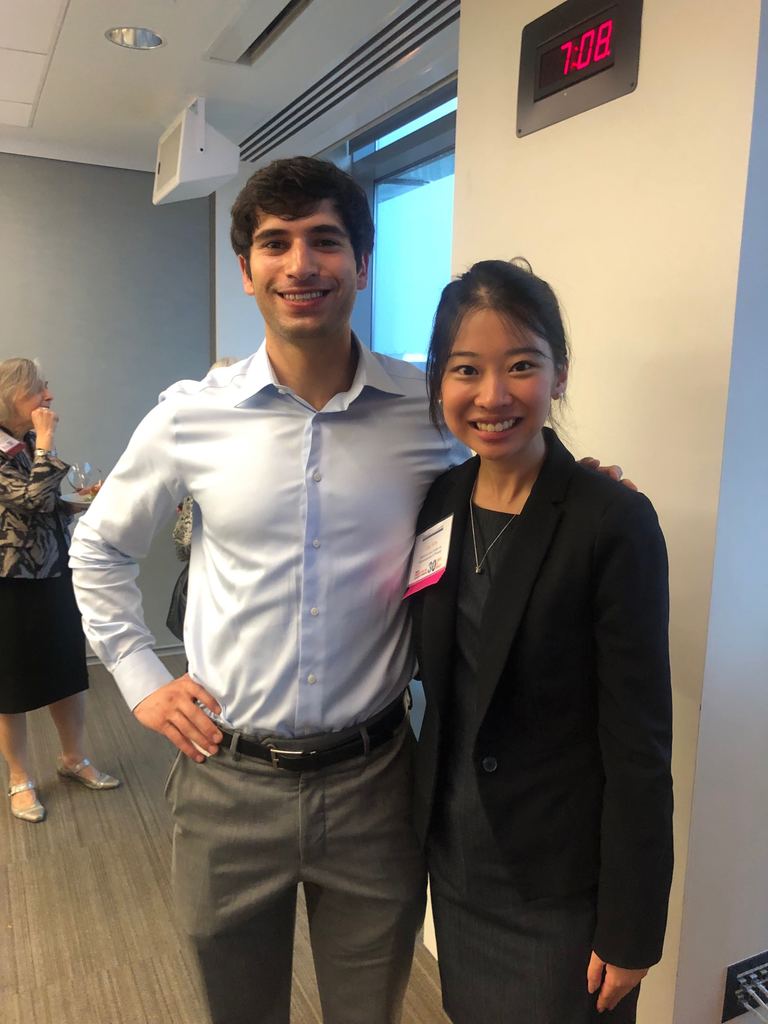 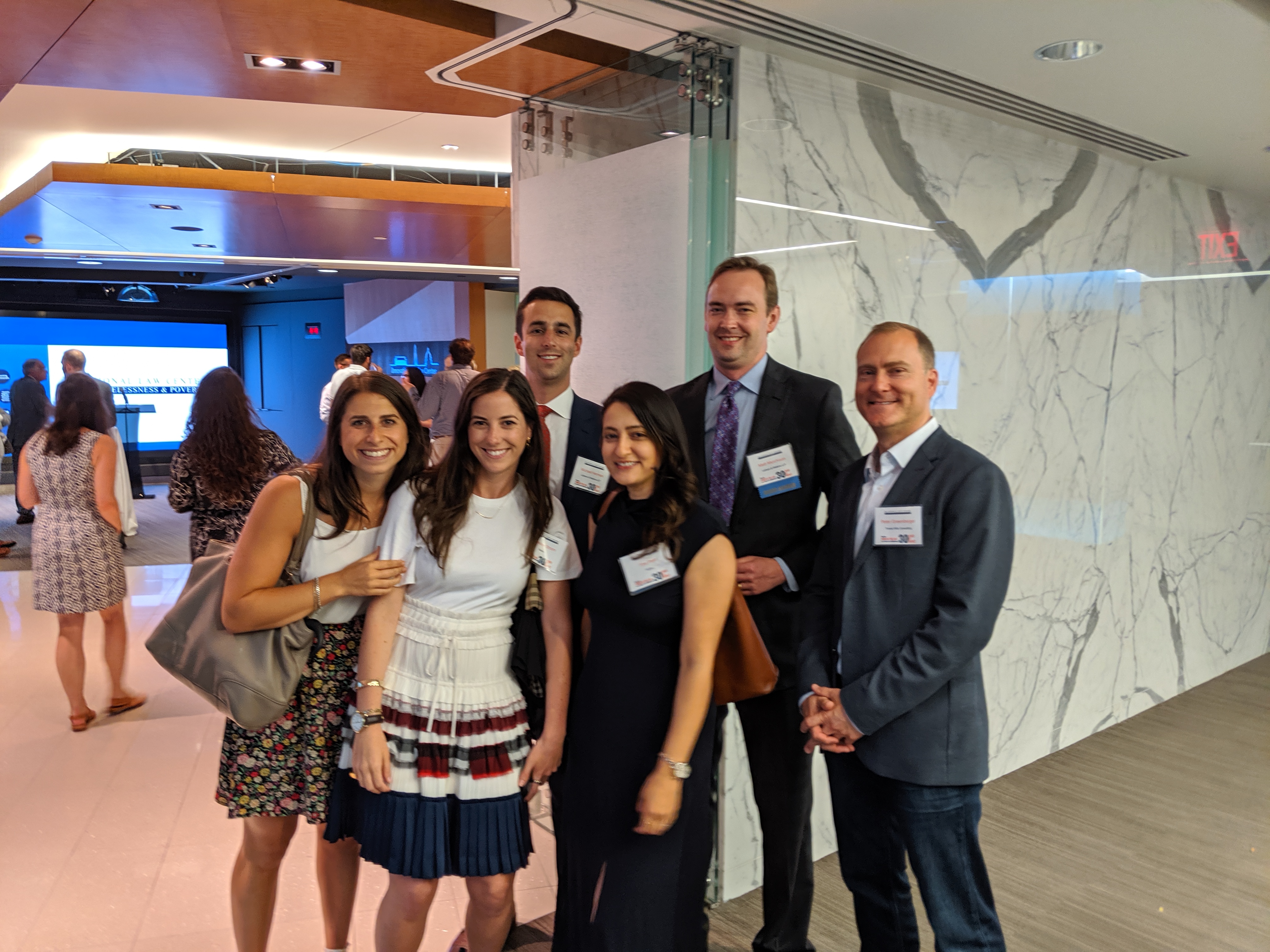 Sign up for our newsletter and we’ll send our news straight to your inbox.

The work is needed
more than ever

Thanks but I have already given