A campaign dedicated to working with legal and local organizing partners in an allied push to get communities to repeal their anti-panhandling ordinances and work towards constructive solutions, housing not handcuffs. 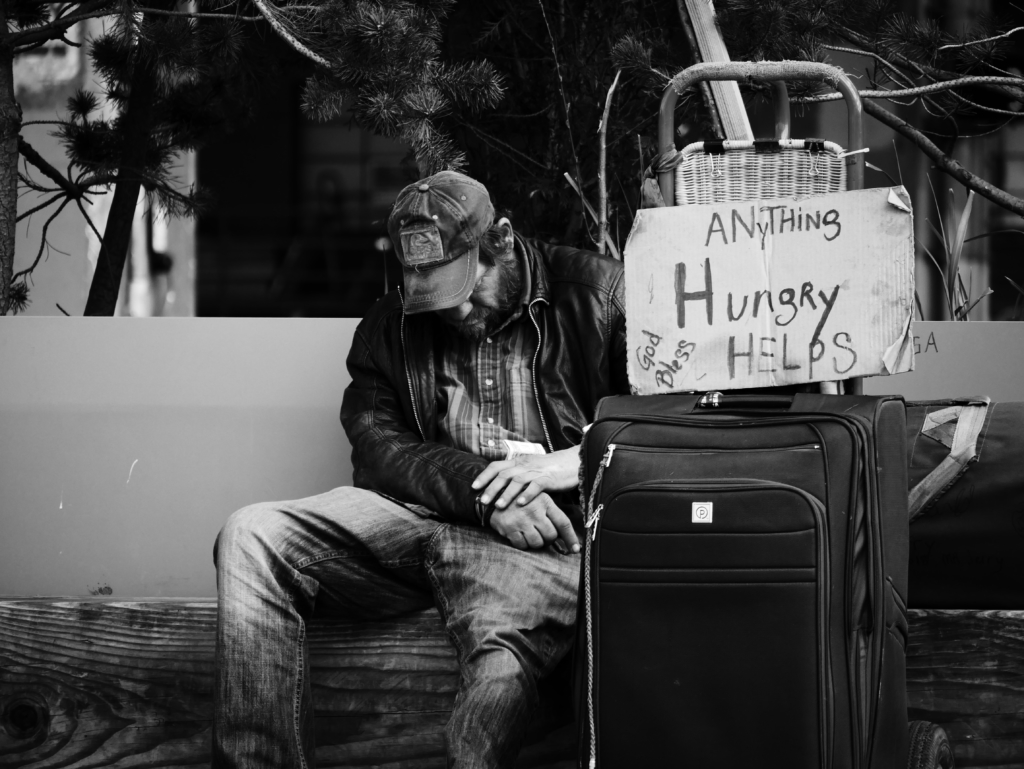 Begging, solicitation, or panhandling are the names given to acts of asking for help by people experiencing homelessness and those at risk of homelessness, often by ordinances that criminalize this act. With more people finding themselves unable to meet their basic needs due to falling wages and rising rents, these ordinances are increasing across the country—more than 43% in the past 10 years

Myth: I should/ shouldn’t give panhandlers money

Myth: Panhandlers will spend donated money on drugs or alcohol

Myth: Panhandlers are lazy and don’t want to work 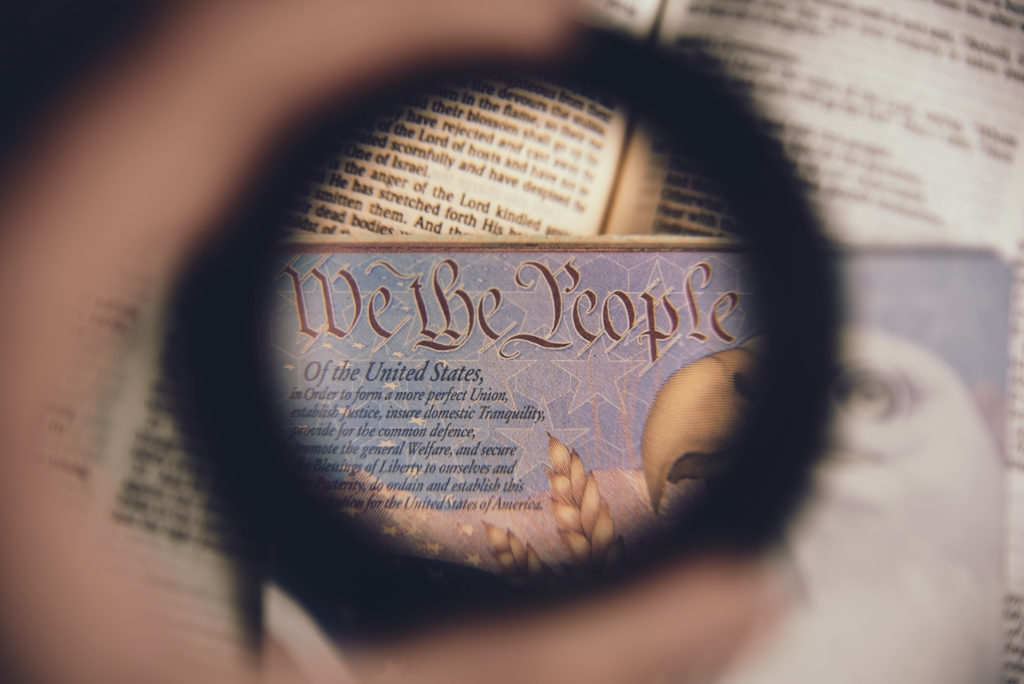 The landmark Norton v. Springfield case in 2015 set a precedent that deems most panhandling laws on the books today unconstitutional. Since that time, the National Law Center on Homelessness & Poverty has worked together with its partners to get communities to repeal their anti-panhandling ordinances. In 2018 The National Law Center on Homelessness & Poverty initiated the #IAskForHelpBecause campaign  to help humanize those who need to ask for help while advocating for their constitutional right to do so. The #IAskForHelpBecause campaign uses legal and organizing partners to stop the enforcement of unconstitutional panhandling ordinances and to promote more constructive approaches to addressing the hunger and homelessness that creates the need for panhandling.

4 Reasons Why You Should Support Repealing Anti-Panhandling Laws and Replacing Them with Housing, Jobs, and Services

The Supreme Court and lower courts have repeatedly found that asking for help is protected speech under the First Amendment.

Anti-panhandling laws fail to address the under lying causes of homelessness and poverty in the community, and in fact make it worse by putting arrest records, fines, and fees in the way of those trying to exit homelessness. In 2019 the Law Center launched the second round of our #IAskForHelpBecause campaign. We worked closely with 12 partner organizations in 8 states to send letters to 37 cities across the country. This year’s campaign had a greater focus on utilizing our organizing partners. They informed communities across the country about not only the campaign but why anti-panhandling laws are so harmful. They shared infographics, one-pagers, and fact sheets through their channels while our legal partners challenged cities.

Thank you to our 2019 partners organizations.

2018 marked the launch of the first #IAskForHelpBecause campaign. We initiated the campaign with a pilot project coalition of 15 partner organizations in 12 states, including ACLU affiliates in Northern California, Colorado, Illinois, Mississippi, New Mexico, Ohio, Oregon, Vermont, and Wisconsin. The coalition’s objective was to work together in a concerted push to stop the enforcement of these unconstitutional panhandling ordinances and promote more constructive approaches to addressing the hunger and homelessness that creates the need for panhandling. On Tuesday, August 28, 2018, our partner organizations sent coordinated letters to government officials in cities where panhandling is banned to demand the repeal of such restrictions on free speech. We our partners sent letters to more than 200 cities gaining local and national press on the issue while also putting pressure on the cities to repeal without the need for litigation.

Our efforts saw success, with more than 70 cities repealing, reviewing, or readdressing their panhandling ordinances.

Thank you to our 2018 partner organizations

Criminalization of panhandling, in particular, has increased exponentially over the last few years. The Law Center has been at the forefront of tracking laws criminalizing homelessness in 187 for a decade. Our most recent survey found that 27% of cities have a city-wide anti-panhandling prohibition, a 43% increase since 2006. Moreover, 61% of these cities prohibit panhandling in specific places within the city, a 7% increase since 2006.  When in place, these laws disparately impact the communities already disproportionately affected by homelessness. That is, communities of color, immigrants, victims of domestic violence, mentally and physically disabled persons, and LGBTQ youth are further marginalized by these laws that criminalize homelessness. In addition, these laws and policies violate civil and human rights, harm vulnerable people, and quite simply, do not work.

In contrast, providing housing, jobs, and services to the homeless population does work. Moreover, options that advocate for housing, jobs, and services over criminalizing save the city money.  For example, a chronically homeless person costs the taxpayer an average of $35,578 per year.  Meanwhile, a study done by the National Alliance to End Homelessness illuminates that on average, that cost can be reduced by 49.5% when they are placed in supportive housing. While not every person who panhandles is homeless, this example illustrates that alternatives that seek to provide housing, jobs, and services to those who need it is the superior choice.  Additionally, other constructive, more modest practices can have a substantial and positive impact on homeless individuals and panhandlers in particular.

In Syracuse, New York, the county and private donors have raised $200,000 as part of the Hiring Ground initiative. The program is simple: panhandlers are offered lunch and $50 at the end of the day in exchange for day labor. Moreover, the program provides a social worker who rides alongside those contracted who they each meet with. The social worker allows for individuals, for example, to enroll in Medicaid and other support services. So for, there have been more people who want to work than there have been spots. This method has also been implemented in Albuquerque, New Mexico.

This alternative is superior to criminalizing panhandling because instead of trying to take away people’s right to ask for help and right to survive, they allow for people to earn a day’s wage and create substantive steps towards finding a job, reconnecting with loved ones or obtaining steady shelter.

In Philadelphia, the city is implementing a “same-day pay” program that is designed to offer people an alternative to panhandling, through a partnership with the Mural Arts Program. The program allows for individuals looking for work to assist with mural painting through a lottery program. If they receive a call that there’s a job available, they work for half the day and receive a paycheck. People can also be connected to city services, such as signing up for a city ID card and connecting to housing and mentorship.

Individuals, Legal organizations , Grassroots organizations , and Advocacy organizations can participate in the #IAskForHelpBecause Campaign. Participation can range from sending demand letters to cities, organization public actions, or even sharing ready-to-publish social media materials. Contact the National Law Center on Homelessness & Poverty to find out ways you can join the campaign.